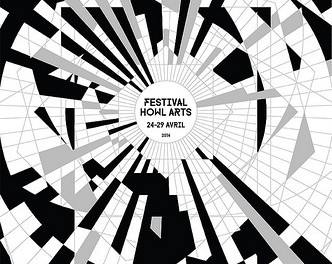 Get your Che Guvera t-shirt out because the Howl! Arts Collective’s annual festival starts this week in Montreal. A mixture of art and revolution, the festival challenges the misuse of art or, to put it another way, the festival aims to oppose the use of art in the service of gentrification, oppression, and marginalization. Social justice is at the heart of the festival as reflected in the performers and their messages. The events, which include cinema, music, discussions, and interventions, take place in cultural venues throughout the city.

The festival begins by highlighting one of the most important issues in Canada — the missing and murdered indigenous women. This benefit concert entitled Missing Justice draws attention to the lax treatment given to the missing and murdered indigenous women. Performers and speakers include Odaya, an indigenous women’s art collective that uses the wisdom of the elders to inspire youth; Beatrice Deer performs as both a folk-pop and throat singer; experimental harpist Sarah Pagé who has worked with Lhasa and Patrick Watson; and AroarA, the duo of Andrew Whiteman (part of the Broken Social Scene collective) and partner Ariel Engle (of Moufette). Casa del Popolo,(4873 St. Laurent) 8:30pm, April 24, $8.

That first night is a tough act to follow, but the collective keeps the artists coming. Classical musicians take the stage with the Regards sur le 7ème feu ensemble. The ensemble takes its name from an Anishnabe prophecy regarding the eight epochs of humanity. The seventh of these (hint-hint) is when people face a choice either to go forward into peace and love and light the 8th fire, or to bring death and destruction upon all of earth’s people. Choeur Maha is up next, a woman’s chorus that sings in as many languages and styles as possible. They are known for their guerrilla musical performances and public interventions. Sala Rossa (4848 St. Laurent), 8:30pm, April 25. $8.

Local musical innovators Saxsyndrum are up the next night. We interviewed them not too long ago about their remix album. Read Here. They share the stage with Dam Ships and the Stefan Schneider percussion ensemble. Stefan has subbed in for many Montreal bands (Land of Talk) and has played or collaborated in many others. Dam Ships has just released an EP, which you can check out on bandcamp here. Casa del Popolo (4873 St. Laurent). 8:30 p.m., April 26. $7.

Saturday is a fundraiser for people arrested under city by-law P-6, a municipal version of Bill 78/Law 12 that allowed the police to arrest the student and red square protestors last spring. The by-law gives the Montreal Executive Committee was given the right to prohibit peaceful assembly indefinitely, at their discretion and without notice. Lovely. Those performing include Amir Amiri, A Sacred Cloud, and Sebastien Truchy. Resonance Café (5175 Avenue du Parc), April 27. 8:30 p.m.