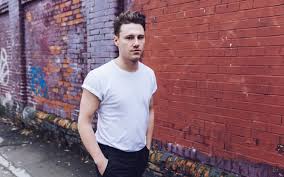 In a year like this one, good music has become such an essential part of my self-care. It is rare to lose yourself with a stellar album these days, and Callum’s debut ‘People Like Us’ delivers. Every song tells a story and shares deep emotions that are personal yet relatable. Being featured on radio stations across the UK, including BBC Radio 2, his singles ‘Salamander Street’, ‘Lovers’ and ‘Don’t Walk Alone’ shine a light on important issues whilst delivering raw talent.

The album is being re-released with five additional songs (yes, an album with 20 tracks – it is a holiday miracle); the first of these to be released was ‘Fuckers’ with the radio edit being ‘Lovers’. It is a poignant criticism on our world today, with human rights, climate change and other global issues being tossed aside for ill-gotten gains for the few richest people. As he so aptly puts it, “If we let Fuckers run the world, then they’ll fuck the world”. By the end of the song, he calls us ‘Lovers’ to action, as there is still time left to right the wrongs in our global community. To top it off, the song is anthemic and has been on the top of my ‘On Repeat’ playlist since its release in October.

If you want an album to dance to, cry to, and to lift your spirits Callum’s ‘People Like Us’ is for you. From sounds like ‘Man Behind the Sun’ (a real banger) to ‘Some Heroes Don’t Wear Capes’ (a real “Cryer”), it will suit any mood. You can snag a signed copy of his album from his store, including a limited edition blue vinyl. Why blue? Being a very proud Scot, he pays homage to his native land with the vibrant blue that will not only sound amazing but looks really cool.

‘Don’t Walk Alone’ (lyric video above) was released earlier in November, and is the kind of song that makes me grateful music exist. As the title might suggest, it is another anthem about supporting each other even when we’re in our darkest days. A heartfelt masterpiece can help shake the loneliness a lot of us are feeling right now due to the unpredictable nature of our world. Even if we can’t gather in large groups, music will always be something that brings people together and Callum had mastered that.

To top it off, he is a genuine person who truly appreciates every fan, every stream, and will happily chat with his fans on social media. He’s held a few live stream parties that are not only entertaining but a joy to join. Callum was locked in a Vienna basement during the recent terrorist attack, in a recent blog post, he shared his anger at the blatant disrespect for humanity rather than focusing on his own fear. It just shows the kind of caring soul he is, which is a much-needed breath of fresh air in the music industry.

Here are his key links so you can be ready for this release and get ahead of the curve before he completely blows up!