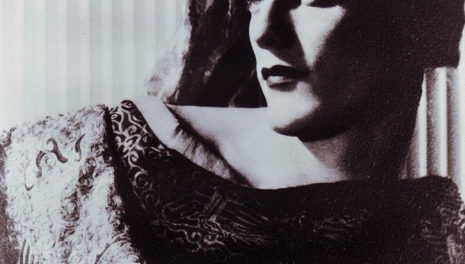 Close up man in drag, circa 1950s, courtesy of First Run Features
Tweet

The documentary Before Stonewall was originally released in 1984. Now, on the 50th anniversary of the historic Stonewall riots, the newly restored film is being re-released. Directed by Greta Schiller and Robert Rosenberg, this award winning film explores the history of the LGBT movement from the 1920s up to the 60s. Told from a distinctively American point of view, Before Stonewall covers a wide spectrum of political, social, and cultural history. The documentary powerfully illustrates how various acts of courage and rebellion over the course of many years served to set the stage for the Stonewall riots, an event which became a powerful rallying cry and symbol of the fight for equality in the LGBT movement.

The filmmakers behind Before Stonewall utilize a wide assortment of archival footage along with assorted film clips and personal interviews in order to illustrate the challenges of being queer in America pre-Stonewall. While the one on one interviews provide a personal perspective on the LGBT movement, the pop culture and news footage places the material within a historical context.

Narrated by well-known lesbian writer Rita Mae Brown, Before Stonewall is a powerful reminder of the struggles faced by members of the queer community prior to the Stonewall riots.  Among those individuals interviewed in the film include Beat Generation writer and poet Allen Ginsberg, lesbian pulp fiction novelist Ann Bannon, writer/feminist/activist Audre Lorde, and writer/painter Red Jordan Arobateau. The film also includes a wide array of insightful testimonials from various activists, performers, and members of the LGBT community who lived through the systematic repression and discrimination of gays and lesbians prior to Stonewall. Their individual recollections are at times touching, humorous, courageous, and sad, but always deeply personal.

Time and time again, Before Stonewall serves as a reminder of the courage and incredible perseverance it took for members of the queer community to live authentic lives amidst a society ripe with blatant discrimination and ignorance. One such experience is told within the context of lesbians serving in the military during World War II. An ex female officer tells a story of being ordered by her superior officer to make a list of the lesbians in her squad in order to weed out this harmful element. After she bravely volunteers the fact that the first name on this list would be her own the matter is dropped.

Before Stonewall explores various chapters in the history of the American LGBT movement including the so-called “lavender cowboys,” trans pioneer entertainer Gladys Bentley, and the intertwined contributions of the women’s, black, and gay rights movement. The film also addresses portrayals of gay life and stereotypes throughout the years. One particularly humorous moment features a clip from the 1968 film The Killing of Sister George in which Mercy Croft, the character played by Coral Browne, enters a lesbian bar only to find herself both shocked and intrigued by what she sees.

Before Stonewall is the first in a trilogy of documentaries exploring LGBT history. The two other films in the series include After Stonewall (1999) and Before Homosexuals (2017). All of these documentaries are geared towards providing modern audiences with an appreciation and acknowledgment as to the efforts, struggles, and obstacles faced by countless numbers of gay men and lesbians in past generations who helped pave the way for today’s same-sex marriage legislation and the pursuit of LGBT rights.

Before Stonewall is now available on streaming services.

I was born in Halifax, Nova Scotia but have called Montreal home since 1999. I received degrees from Mount Saint Vincent University & Concordia University. I enjoy writing, watching movies, & most of all spending time with my 4 cats. Contact: Facebook | Twitter | More Posts