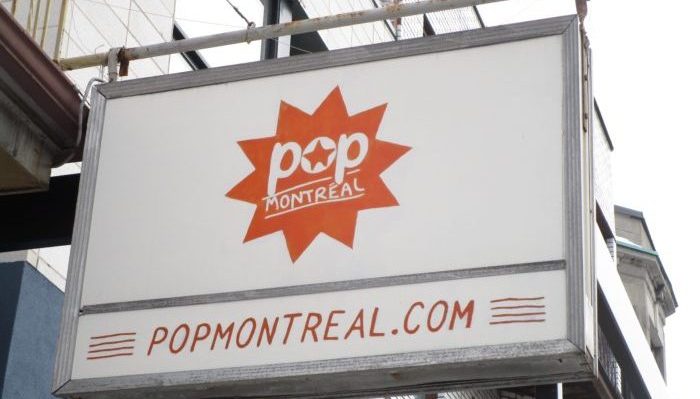 The Mile End Marché des Possibles, sponsored by Pop Montreal, is a weekend treat from June 19 to August 9. We first spoke to them HERE about its creation and the weekend gathering is now in its second year.

One thing on offer is farmer’s market food — honey, vegetables, fruit. Another thing on offer are artisanal/etsy-type objects, often made by local craftsmen and women. The biergarten is a treat that allows for a very laid back atmosphere. Food trucks pull up. Saturday nights now include a BBQ!

The distinguishing feature of the Marché, though, is its unique programming. Each day, there is a combination of arts events (music, film) and community events, like yoga! With Pop Montreal at the helm, the musical programming is always solid and, best of all, free!

Some upcoming things to catch at the Marché. At 8 p.m. on June 26, join in Urockaoke. If you think playing Garage Band at home is awesome, try singing with your very own backing band. They know every tune (well, many of them).

On July 11, Passovah presents a line up of its artists such as experimental violinist Merganzer (Mika Posen of Timber Timbre), Mehdi Cayenne Club, and the electro-R&B of L.A. Foster starting at 6:30 p.m.

On July 19, while there is some yoga and Qi Jong early in the day, the highlight is catching the swing band, Jitterbug Swing and the Gang of Change Juke Joint Band. There will be dancing! The band starts at 4 p.m.

On July 25, Mutek brings in Patti Schmidt and Vincent Lemieux. On July 31, Hua Li is in the house!