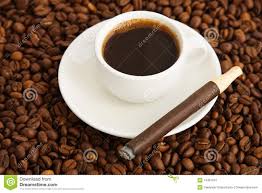 It is in the early 1970s, and I am sitting in Le Bistro on de la Montagne, Montreal’s first “authentic” French cafe. Just as in Paris, the waiters are snotty, correcting your pronunciation or pretending they cannot understand your order.  Still, it is a lovely spring day, enough to make one contemplate rolling up one’s sleeves. The streets are teeming with beautiful women, and I think of Henry Miller’s opening line in Quiet Days in Clichy.  I am a new immigrant to Canada, a recently arrived draft dodger from the Vietnam War, and I am at loose ends, trying to find a home, companionship, and purpose in this magical foreign land.

Suddenly, a small, thin man dressed in a worn jacket and wearing a tweed cap slides into the rattan chair next to mine, asking in heavily Boston-accented English if he can join me.  He orders a coffee in bad French, lights up a cheroot, and waves the waiter away. They seem to know him here, and the snotty waiter almost smiles or sneers at both of us. Without preamble, he launches into a story about his life.  His name is Eddie, he tells me, and he has been living in Montreal since the late 1950s, around the same time that so many refugees from Eastern Europe, particularly Hungary, came to Montreal. He is from Boston, from a moneyed, Jewish family, and he barely escaped being conscripted into the U.S. Army at the tail end of the Korean War.  Quick math tells me he must be in his early forties. Eddie talks and talks. He is alternately, hilarious, eloquent, and profound. Coffees keep arriving at our table, soon followed by cognacs and a second cigar.

Eddie tells me that he attended Harvard for a brief spell, and who am I to doubt him?  He certainly has the vocabulary and a tremendous amount of accumulated knowledge about everything:  art, literature, culture, and the many layered labyrinth that is Montreal. I tell him about my brief stint at Dartmouth and about also leaving the U.S. and landing in Montreal, a city that still seems so foreign to me. Eddie doesn’t have a job, never has. He is devoid of ambition, yet he is also a survivalist. He tells me that his father sends him $250 per month, enough to pay for a room on Dorchester (now Rene Levesque) near Atwater. The condition is that he never return to the United States, the forever prodigal son.  He tells me that he occasionally baby-sits the children of Montreal celebrities for extra cash and I quickly realize that he is a gifted story-teller and con-artist who earns his coffee, cigars, and cognacs by regaling unsuspecting tourists in Montreal’s many coffee houses, spinning wondrous tales for their entertainment.  The afternoon slowly turns into evening. The cognac has made us mellow if not high, and I invite him to join me for dinner at Carmen’s on rue Stanley. The snooty waiter brings me the bill and doesn’t even look at him. I leave him a fair tip, and he almost spits on the pavement in our wake as we leave.

At Carmen’s, we have stuffed cabbage, a bottle of decent red wine, followed by Linzer Torte and more coffee.  Eddie holds forth, speaking of anything and everything. He tells me that he knows Leonard Cohen and asks if I have listened to his first album, put out in 1967.  When I acknowledge this, he launches into a fascinating analysis of Cohen’s lyrics and why his “poetic mysticism” is so appealing to the ’60s generation. Eddie talks about the role of the artist, and his talk enthralls me, for I have never quite heard anything like this.  The excitement of his discourse matches the excitement of my youth, a world where all seems possible. We part well into the evening with no promise to meet again, both of us enjoying and living in only the moment.

Over the years, I saw Eddie Do-Nothing many times, never planned, always through chance encounters.  It was always understood that I would foot the bill for his indulgences and appetites in return for his humor and wisdom.  He came to be known as one of Montreal’s “characters,” featured in journalist Don Bell’s wonderful book about Montreal, Saturday Night at the Bagel Factory. Bell coined the name Eddie Do-Nothing.

In 1976, I edited a literary magazine that featured many of the top poets and writers of that generation.  The magazine was a hit and, suddenly, my co-editors and I were sought after in the Montreal art scene. I gave Eddie a copy when I ran across him at Le Bistro one day, and we talked about the vagaries of artistic fame.  We lost touch with each other over the next several months, but then, one day, there was a knock on my door, and I opened it to find Eddie standing there, glancing covertly at me somewhat sheepishly. He had never visited me in my home before, and he stood there, eyes downcast, turning his worn cap around and around in his hands.  He handed me several sheets of construction paper — poems written in crayon and pencil, almost in a child’s hand. He smiled at me and asked if I could maybe do something with the poems, to maybe publish them, maybe to give him some fame and stature. I reread them, and most of them were sad, almost tragic ruminations on his life, his loneliness, and his lack of initiative.  They contained none of his humor, only the sadness. Technically, they were not very good, but I heard his voice in them, remembering our talks together.

Eddie Do-Nothing taught me one of life’s great lessons: to just BE, without ambition, purpose, or cause. He taught me that the flight of the imagination needs time to unfold, precious time that work, studies, and life robs us of.  For art to truly flourish, the artist has to unfurl himself in the moment, to truly live in it and be slothful, oblivious to Time and the demands of quotidian life. He taught me the gift of gab, taught me how each individual’s story matters as it joins that huge lexicon of words, the words of all those who have come before us and who have felt the necessity to tell their story.

I learned that Eddie Do-Nothing had hung himself in his room one day shortly thereafter.  There was no funeral, and I assume he was buried in a pauper’s grave — one of Montreal’s true icons.

And his poems?  I have done nothing with them except reread them at certain times — those moments when I want to take time out from my life, the chaos, the demands, and often the futility of it.

Sometimes just to sit, doing nothing, but only remember.