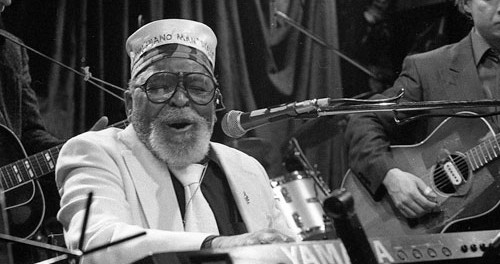 As recently as 2012, Montreal filmmaker and freelance journalist Steven Morris reached out to some of the key musicians and enthusiasts of early R&B music to celebrate the life of a friend. Vann “Piano Man” Walls: The Spirit of R&B had its American premiere in Memphis in April and comes to Toronto for NXNE 2014 this weekend, finally finding an audience after more than 15 years of highs and lows in getting it made.

Vann “Piano Man” Walls: The Spirit of R&B
a film by Steven Morris

“Some people weren’t interested in being part of it, initially,” Morris said. “I phoned people like Jerry Wexler almost every day for 10 years until he finally said yes.” Wexler, who died in 2008, was one of the most important record producers of the early era of R&B, back when it was called “race music” – a term which outraged Wexler for its racist connotations. “Jerry was the one who actually coined the term ‘Rhythm & Blues’, so to be invited into his home in Florida — he was in his eighties at the time — and see pictures of him and Aretha Franklin and Ray Charles on the wall, some of my heroes growing up… It was amazing.”

Along with Wexler, there are clips of the late Ahmet Ertegun, head mogul of Atlantic Records through the most fertile period of R&B music, the 1940s to the 70s. Ertegun was more than willing to talk about the financial problems that many of his artists suffered, where they were paid only a fraction of what their recordings earned. Not unscathed was Ruth Brown, “Queen of R&B”, who talked about the dwindling years she worked as a bus driver and a maid to survive. By chance, she attracted an admirer of her older records, Howell Begle, who got angry on her behalf and decided to use his connections as a media lawyer to do something about it. “Mr. Begle kept saying no to an interview over the years, but once he retired, he finally agreed to it,” Morris reminisces. “When I showed up with my cameraman, he was so excited to tell his story. He was pretty hyperactive in the beginning and I had to say to him, ‘I want to start filming. Give me a second.’ (Laughs) But he had so much to say about what he went through to get more money for these artists.”

Vann and the Band

For “Piano Man” Walls, who played with Ruth Brown and played on popular tracks like “Shake, Rattle and Roll”, Morris’ film gave him a fitting tribute just before he died of cancer, which may have been what inspired Walls to record a last album with Montreal’s Stephen Barry Band, a session with Vann at the piano leaving the younger guys in the dust. Footage of Walls performing in New York at the Rhythm & Blues Foundation gala, where he was honored with a Pioneer Award with greats Aretha Franklin, Ry Cooder and Smokey Robinson in attendance makes you wish you had a time machine.

The bond between Walls and Morris, who was in his mid-thirties in the 90s, is the generational respect that circles the heart of what you see in the film. “Vann knew he was a pioneer, but he didn’t romanticize his life; I was the one who did, which was a hurdle to overcome in the beginning. Vann didn’t want to talk about his hardships, you know, living in obscurity and just trying to make a living doing legion shows or playing piano in church. He came to Montreal at a time when the night-life scene had a reputation for being wild and he figured he’d work a lot because of that. But the music business is fickle. Still, he went where he wanted to go.”