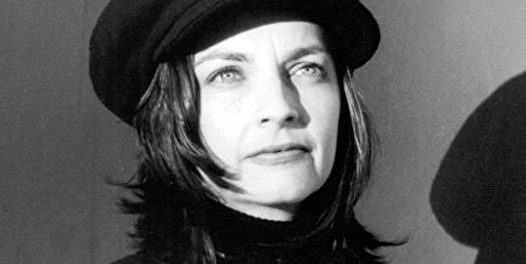 As a way to celebrate National Canadian Film Day, the Fantasia International Film Festival hosted a special screening of the 1996 film Kissed with the director Lynne Stopkewich in attendance. I had the chance to interview the special guest before the screening officially started. Without further ado, here is my interview with Lynne Stopkewich.

Steven Lee (SL): So just to get things started, what made you want to make Kissed in the first place? How did it all come about?

Lynne Stopkewich (LS): I came across a short story that was in a collection about apocalypse culture written by Barbara Gowdy. I contacted the author, because I couldn’t get the story out of my mind basically. I’d never heard of this idea or this kind of pursuit before, and it’s just one of those things where you know you’re gonna make a movie about something memorable. For better or for worse, I couldn’t get the idea out of my head, and I thought it could be kind of compelling for other people.

SL: When you pitched your script idea to the studio, what was their reaction like?

LS: Well, I didn’t have to do that because I didn’t have a studio. Basically the film was funded with money from family and friends. I was a film student out of UBC (University of British Columbia) in Vancouver, and so basically all the film gear came from the university. The crew came from the students, and we just had to pay for film stock and some food. We put it together like that, so it was a very low-budget film, and I didn’t have someone telling me what to do, which was great. [laughs] That never happens.

SL: Since this film really tackles the theme of death, was that something you’ve been fascinated with?

LS: Not particularly. But you know, everyone dies so it’s a pretty universal theme. And I think around that time, I was thinking a lot about mortality, and she just seemed like kind of an unforgettable character. Something I never read before.

SL: When people saw the movie for the first time in 1996, what was your reaction to the way the audience and critics viewed it back then?

LS: They were stunned. You know, I remember my parents coming out of the film the first time they saw it at the Toronto International Film Festival. They didn’t know anything about the movie, and my mom was kind of crying, and I thought that was bad. But no, she was crying because she really liked the character. She was like “Oh she’s wonderful! We love her!” And I thought “wow”, this is a subversive film if I can get my suburban parents to care about a necrophile [laughs]. But yeah, people were kind of moved. I think they were very surprised, and people were talking about it, but I think the execution was not what they expected. It wasn’t a horror film, and it’s not violent. It’s really kind of a sweet emotional journey with this coming-of-age of this young woman.

SL: I think it’s one of those movies where you need to watch it twice. When you watch it for the first time, you just wanna let it sink in. And then for the second time, you start to get more of the overall message.

SL: Also, Molly Parker was absolutely amazing in the lead role of Sandra Larson, but what made you want to specifically cast her for the part?

LS: I couldn’t cast somebody who was right for the role, and I actually wanted to cast someone who was blonde. I wanted to cast a Doris Day type of character, because the film is based on a short story, and that’s how it described her character. Molly happened to be friends with our cinematographer, and she was just getting started in acting and just wanted to meet me because I was a woman director. She never met a woman director, and never saw a woman doing this job. I was in pre-production for the movie and desperately looking for someone to play that part, and she asked if she can read the script. I said “sure” and gave it to her, and I wasn’t thinking anything about it. Then she came back and said, “Would you consider letting me come in and read for it?” And I was kinda surprised, and she blew me away. It was amazing. You know when you meet someone and you feel like you met them before, and you feel like they’ve been your friend forever? It was kinda like that. When I met her, we were able to talk about anything immediately, and this was even before we decided to work together. So for me being a first-time feature director, being able to talk to your lead actor for them to be able to understand you and for you to understand them, and it’s almost all the way there in terms of bringing a character on the screen. She’s just wonderful, and we’re still friends now.

SL: That sounds like a great bond between actor and director.

SL: Would you say there were some aspects from the short story that you wanted to add in the movie, but you decided not to in the end?

LS: Well it’s interesting, because there were some things we had to cut out of the film since we didn’t have enough scenes to develop them from the short story, and there’s so much information about her family. There’s a very short scene where you see her working in a flower shop for her father, and you get to know more about that part of her life with her family in the short story than you do in the film. But for us, because our budget was so small, we just didn’t want to have lots and lots of actors and create all these different scenes, because it would be too expensive for us. So what I decided is just to focus on the essential points of the story, because you find out all about her and Matt in the second half of the movie. If we had spent more time on her family, I was concerned that people were going to start looking at that and point out things from the short story like her childhood. I just wanted people to kind of get an idea of who she was growing up, and then to spend more time with her as a young adult.

SL: As a fun question since its National Canadian Film Day, what would you say is the most important thing for a Canadian filmmaker to have in order to make it in the industry?

LS: Patience. Patience and perseverance. I mean, just make movies. You know, go see as many films as you can and make films. One thing I have to say is that there’s a lot of filmmakers and film students that I’ve met, especially in recent days, who don’t really watch classic cinema. They don’t study film at all, and they don’t really understand the history of film, or that there’s an actual history of this visual language that started somewhere. When I ask them to talk about their favourite film or a classic film, for them a classic film is Pulp Fiction. It’s a classic film, but it’s not like Casablanca or Citizen Kane or The Magnificent Ambersons.

SL: Like, there’s a specific criteria when it comes to that category.

LS: Yeah. So, they think about American films from the 80s being classic cinema. But I’m telling them that there’s also world cinema and foreign films that were made from all over the globe. That’s also cinema, and you should be watching that as well. If you’re trying to be a filmmaker, then you should learn film history.

Ever since he was a kid, Steven has always been passionate about movies. As a fan of Marvel, Star Wars and other geeky franchises, he will always bring you fun and nerdy articles that might pique your interest! More Posts