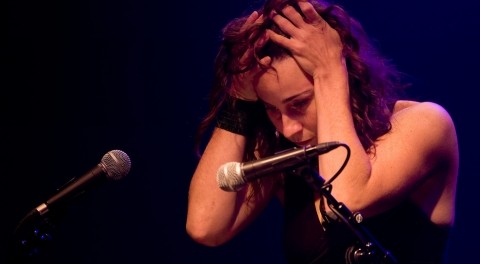 Poetry sometimes seems like an exclusive and remote art form, but historically some of the most popular literary works are poems. The Iliad and the Odyssey weren’t meant to be read off the page, but performed out loud to the lyre. In the spirit of poetry as a performance art, the Mile End Poets’ Festival offers five nights (and a day) of poetry, music, and dance. I spoke to Ian Ferrier, one of the founders and organizers of the festival, about the festival’s origins and this year’s line up of events.

The popularity of poetry in Canada is growing. Ferrier notes that the slam poetry in particular is visible. “Every year there’s a national festival of spoken word. They have teams of poets performing from 26 different places. The slam thing in Canada is intense now,” he says.

Although the name of the event is “Mile End,” poets come from all over the city. There is also a close connection with Jane Gabriels who divides her time between Montreal and New York, allowing for some New York poets to perform. “We have events in both places,” says Ferrier.

The event began five years ago when Ferrier was inspired by the variety of artists in the Mile End neighbourhood. “Originally I was getting different people to curate every single night of it,” he explains. This year Klara Du Plessis, Chris Masson and Stephanie Morin-Robert are helping organize and curate the event. Generally, the performers are asked to participate and Ferrier is careful to avoid overlap from one year to the next. “I don’t ask people two years in a row,” he explains. “It’s stuff I’ve heard in the year that’s been interesting or something I haven’t seen in a while. I also take the word of the curators. I don’t want it to be just my taste.”

This year, the Mile End Poets’ Festival includes a mixture of dance, music, and poetry. “To me [the different art forms] connect because I use them in my own work,” says Ferrier. “I like to put them together. One can clear your head for the other. It takes a certain kind of focus for all spoken-word events. But one dancey thing, one music thing, one spoken word thing – it hits different parts of your brain. You get to stretch out and enjoy stuff.”

Finally, dance and poetry come together with Voice-Dance-Trance with spoken word artist Cat Kidd and the For Body and Light Dance collective. Other performers include Lin Snelling and Greg Selinger among others. Voice Dance Trance is at Sala Rossa (4848 St Laurent) 8 p.m. $7 or pwyc.

The last evening of the festival includes workshops and a reading series at Café Resonance. Kaie Kellough, Fabrice Koffy, and Gillian Sze . Initially the three will lead a discussion on writing practices and the relationship between the written and spoken word. Then they will perform their work at 9 p.m., adding Marie Darsigny and David Walker to the group. The Resonance Reading Series takes place at the Resonance Café (5175 Parc) April 1. 7:30 p.m. for discussion, 9 p.m. for reading.

“There is a range of performers,” Ferrier says. “Its absorbing. The acts will get you involved. The focus this year is that it connects with what happens in Montreal. We’ve stayed in Montreal for our major acts and it’s stuff you can see in the city. It gives you an amazing picture of how much good work is being done here right now in spoken word, music and dance.”

“It should be super fun,” he says.

4 Comments on TO DO Tonight: Local Bards and Bardesses at the Mile End Poets’ Festival