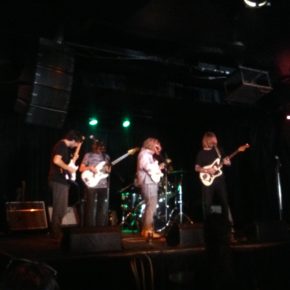 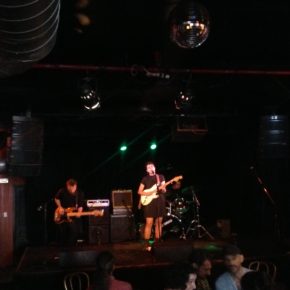 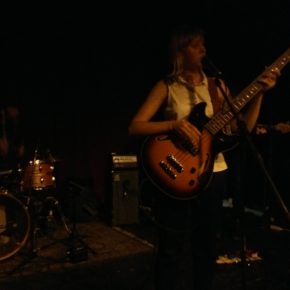 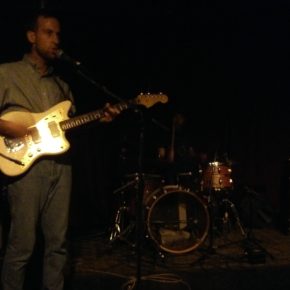 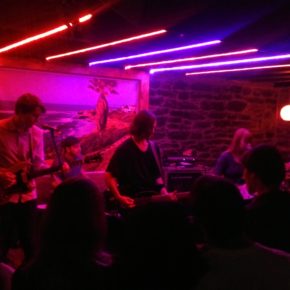 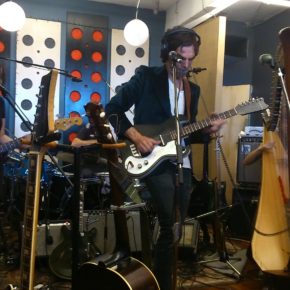 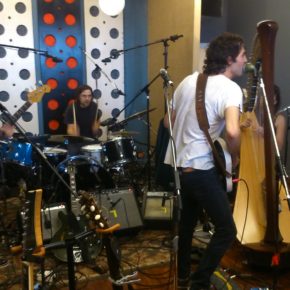 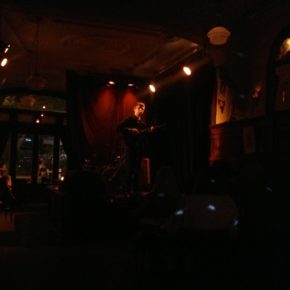 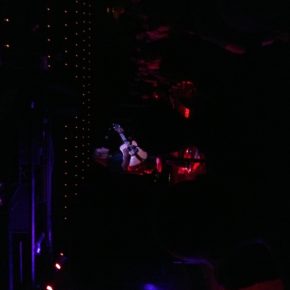 I’ve only been living here for three and so years but year after year, POP Montreal’s lineups have always been satisfying without relying on star power. Of course, names like Royal Trux, Elza Soares, and Austra each have their pull, but POP doesn’t fit into the calendar of mega summer festivals and all the better for it. For some local and indie (in the truest sense of the word) bands, it may mean the chance for long-deserved recognition. For other, mostly newer bands, it’s a chance to test their mettle. What it always translates to is a full palette of choices for the listener and a guarantee of finding some new band to love.

Reflected in the lineup’s diversity is POP’s idea of inclusiveness. They really try to offer a little bit of everything for everyone and it was nice to see people from different walks of life. All ages, all genders, many musical cliques, a healthy mix of origins. It was nice to look around venues and not once have the feeling of being out of place.

Hurray for Hurray For The Riff Raff

Early in the set Alynda Lee Segarra proclaimed that her music was resistance music. We don’t have much, but we do have music, went the argument. Hers was a high-octane resistance, full of yelps and shrieks and guitars making shattering sounds that were as melodic as they were calculated. Apparently, the last time she was in town she had to sleep in a park. Touched that POP invited her back, her performance pulled heartstrings and called for harmony. Lots of shows leave you feeling happy at seeing something good, but few leave you actually feeling positive. Segarra’s was one such rare concert and I hope she’s back soon.

This year, KEXP filmed a few sessions at Breakglass Studios including The Besnard Lakes, Moon King, and Wake Island. Interested people could reserve a free ticket by RSVP-ing and while initially this was capped at 35 entries, POP released at least 50 more. My partner managed to get tickets for The Barr Brothers, who played five songs off their upcoming October album, Queens of the Breakers. A compact studio with roving cameramen and lights in their eyes didn’t stop the band from playing a truly tight set and joking with the crowd. Judging from the tracks played, the band look to take on a heavier sound, simultaneously more bluesy and wandery.

That music sales have been in freefall is no secret. Yet, vinyl sales are on the up and bands are still making music. The economic argument that streaming would kill music isn’t necessarily holding up yet. Is it because passion trumps finance, or because bands are finding other ways to stay afloat? At any rate, one of the latter ways includes merch sales. Vinyl purchases at shows make very nice mementoes, as it beats getting vinyl at the store. Then, there are the posters, stickers, pins, hats, cassettes, shirts. Undoubtedly however, Jay Som had the biggest and brightest selection of all, which I found really mirrored her cheery personality on stage.

Often, I would hear a conversation in passing about the Plateau or the Mile End or La Vitrola or Le Divan orange. Locals and residents were explaining the layout of Montreal’s musical landscape to either new residents or tourists. What better way to get to know a city than by venue hopping?

I knew of a post-punk resurgence in the States and the U.K. but up till now hadn’t heard anything of the sort from Canada. Enter Casper Skulls from the Toronto exurbs. Brooding and dark, Neil Bednis and Melanie St. Pierre’s spoken-voice style is counterbalanced wonderfully by sung choruses. Languid at times, the band evoked Silver Jews and even Built To Spill. So, not exactly Pere Ubu or PiL, but just as post-punk fractured punk, Casper Skulls’ toying with the formula gets a pass too. This young band has potential.

Molina gave one of those shows that one is totally unprepared for. Her latest album, Halo, was an exercise in restrained calm and serenity, sketched with elongated vocals and punctuated by synthetic glitches. One expects a quiet persona, the type that doesn’t look up beyond her bangs. Live, apart from one quiet “more romantic” piece, it was controlled chaos – disjointed yet whole, like trying to fit a puzzle with pieces from different sets. Barely a minute into her set and people could not sit down in the seated venue. Her, Odin Schwartz (multi-instrumentalist) and Diego Lopez de Arcaute (drums) played cracking, thunderous music that left us breathless.

Perhaps the venue for Juana Molina should have been switched for Ty Segall’s acoustic performance. What could have been an intimate, get-to-know-you-behind-the-mask (literally) soirée was marred by constant chatter and ambient noise. Of course, the man himself didn’t underperform at all. Deft guitar work, his hand just a butterfly blur as they fluttered over the strings. Plus, in his threadbare voice, a sense of humility prevailed despite his stardom in garage rock circles. Those closer to the stage joined in on songs like ‘Crazy’ and ‘Black Magick’. It was a night of missed opportunities.

So you’re in Montreal and you hear that this city is a bilingual city. POP had Dead Obies rep the franglais crew in what I’m sure must have been a fun show. Laura Babin covered the other side of the spectrum with her show at Le Divan orange early Sunday afternoon. Low key folk rock in both English and French charmed and swayed the audience. Gentle guitar melodies grounded by thick bass notes surrounded Babin’s captivating vocals. Her song ‘Water Buffalo’ was a standout song and personal highlight, reflecting on the idea of being a foreigner – another very Montreal theme.

The above brings me to the idea of a ‘Brunch concert’. Indie Montreal has been hosting such concerts for a while. There are so many novelty factors here. Not only is the show in broad daylight, the audience is sitting and eating! Sunday’s show went further in offering a buffet style meal, therefore prompting concert goers to leave their seats for further gastronomical satisfaction. Does this formula work? The argument that the band gets less attention doesn’t really hold well given that crowds do whatever they please, brunch or not. Time will tell but colour me intrigued.

So many bands, so many vocal styles. I’ve mentioned Casper Skulls harried spoken word but I heard an idyllic English countryside in Tess Roby’s performance at the Ukrainian Federation too. It was my first time seeing her (she’s performed at POP five times!) and I liked the precise mastery of the ascents and descents. On ‘Ballad 5’ (highlight), what sounds on the record like an electronic looped voice was actually her own breathless repetition. Meanwhile, Stef Chura left me hanging on to every word in the way she could enunciate without much lip movement. You’d expect a mumbler but words left her with utmost urgency, matching the sharp, charging guitar and drums. Then, on ‘Human Being’, playing solo, there was that fascinating lilt, rolling around, unpredictable and magnetic.

This year, I saw more bands with women in them than men. I didn’t choose to do so consciously; POP’s lineup and the convenience of venues led to that itinerary. Some didn’t, but most bands blew me away. I imagine seeing more and more woman acts on the bill (and in bands) must be very empowering for female audiences in the same way seeing someone of my own background is. I’m not sure any other festival can boast such equal footing between the sexes and I’m glad POP are leading the way.

I’d never seen a Haligonian act prior to POP and this year I saw an excellent one: MAUNO. Quirky in their personality, the music is sparse yet energetic rock. They already have one album in their discography but judging from the cuts they played from their upcoming one, Tuning, the band could go places. Crunchy bass, shimmering guitars, well-balanced vocals from Nick Everett and Eliza Niemi. The setlist featured masterful instrumental transitions for a bit of indulgent headbanging. Most importantly, a strong sense of self-assuredness and dry humour from the four-piece ensured a fun show to close out my Saturday.

At one point I believed I was tired of vocal harmonies. Then I heard Maggy France at L’Escogriffe on Friday and changed my mind again. Listed as a two-person band on their Bandcamp page, the band performed as a six-piece. Despite the number, the sound wasn’t stuffy or overbearing. In contrast, what we got was dreamy, shining guitar tones couples with calming, sighing harmonies. One of a few bands I thought had too short of a set.

Definitely goes to the little hug Tess Roby gave her unsuspecting younger brother Eliot at the end of their show. I’ve always wondered about the secret life of bands and what happens before and after shows. Why is it that members don’t seem to acknowledge the fact that they just worked together to play an awesome show? Is it jadedness from the road? Or are high fives reserved for the band room? I’ll never know.