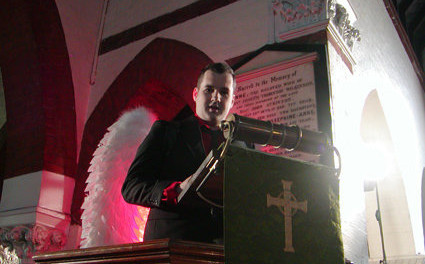 THIS GIVEAWAY IS NOW OVER

Jim Jefferies isn’t afraid to talk about the big topics; religion, sex, drugs, and even turned a time when he was assaulted on stage into comedy. This Australian comic is a fixture in British shows such as “Never Mind the Buzzcocks,” “8 Out of 10 Cats,” and released an incredibly popular stand-up special on HBO. He has killed past JFL appearances and is the star of FXX’s critically-acclaimed “Legit.” This festival he performs on July 25th at Maison Symphonique

Courtesy of Just for Laughs, we have one pair of tickets to Jim Jefferies’ show to give away. Entrants must be over the age of majority in their province or territory. To enter the contest, email montrealrampage@gmail.com before Thursday June 24 at noon with the name of one thing from Australia. We’ll select a winner at random from the qualifying entries and inform the winner on July 24 by 5 p.m by email. Good luck!

Some fine print for your reading:

Odds of winning depend on the number of entries received. One entry per person per email address per Contest Part during the Contest Period. Winner must correctly answer the name of something from Australia. Contest starts July 19, 2014 and ends July 24, 2014. Winners will be selected on July 24, 2014 in Montreal, Quebec. There is one (1) prize available to be won, consisting of one (1) pair of tickets to Jim Jefferies show at Just for Laughs.