I stayed quiet for as long as I could. Settle down, they said, take it easy, they said, don’t get so worked up. Smoke some weed, sit back and try to relax, you need to accept what you can’t change. I tried, lord I tried. But society keeps kicking itself in the balls and there doesn’t seem to be enough people saying, “Holy Shit, did you just see that?”

So brothers and sisters climb back aboard and let’s get rolling, it’s time, once again, to see what is shaking south of the 40. 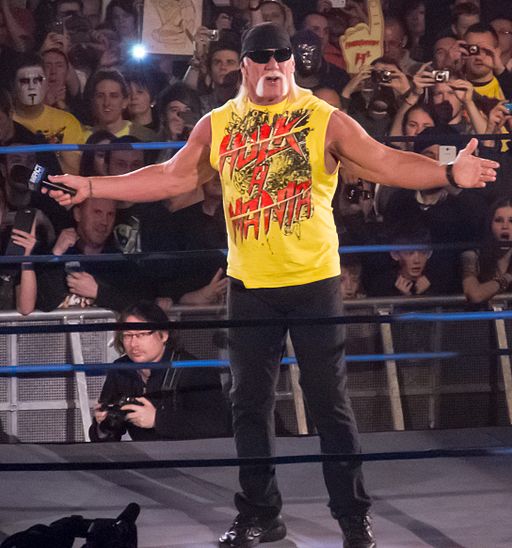 First and foremost we need to get the big stuff out of the way. I might be a little rusty but I know a world changer when I see one. Is it the Quebec Liberal Budget that was presented last week? Nope, but I might come back to that. Was it the arrest of former Deputy Premier, former minister of municipal affairs and natural resources, Nathalie Normandeau? Nope, and I might not come back to that one, because really is there anyone out there who can honestly say you didn’t see something like this coming. Gimme a break! No, let’s open with week with something that concerns us all: “Hulk Hogan wins Gawker sex tape lawsuit, awarded $115M US” – CBC NEWS. Here is a quick breakdown of the story. Hulk Hogan sued Gawker Media for posting a ‘sex tape’ of him having sex with his former best friends’ wife. I have tried to look at this from many different angles but I keep coming to the same conclusion: in what universe would having sex with your best friend’s wife yield anything but negative results? AND what’s really concerning is, who the hell is watching this? Really? Take the time to read up on this, it’s worth it. No one is surprised that Hulk Hogan won this case. Let’s face it, what are you gonna do when the Hulkster runs wild on you? What we are surprised about is that his real name is Terry Bollea.

There seems to be a rash of incidents lately that involve crazy men wielding knives in Ontario. It started with a Montreal-born man by the name of Ayanle Hassan walking into military recruitment center in downtown Toronto and stabbing two military members. The man was arrested; both victims were treated in hospital and released. Question, how far did this guy think he was going to get? Don’t military personnel have guns? I am just not seeing what the whole plan was here. Was he going to stab everyone? Just thinking there might not have been a plan B.

Next, a man was arrested robbing a Mac’s convenience store at knife point in Windsor, Ontario. This, in and of itself, is no great shakes, but… (wait for it) he had robbed the same store three times already inside of a week! Question, is the person working behind the cash blind (nothing against blind people)? I am just saying that by the third time wouldn’t they see the guy coming in and realize something was up. “Hey, weren’t you in here last night? Oh shit!”
Finally, last Friday, a 31 year old man was arrested and charged for allegedly hijacking a TTC (Toronto Transit Commission) bus at knifepoint, forcing the driver to commandeer the bus to, where else, Tim Hortons in Vaughan Ontario. Once there the man went inside to call the police advising them he believed he had overdosed on drugs. Hey, we’ve all been there, those mornings you wake up, there’s no coffee left, things can happen. The one thread all these stories have in common, no one died. I can imagine our American cousins looking at this and shaking their heads with confusion “Knives? Those crazy canuks”

A story in the Globe and Mail caught my attention last weekend, “Ottawa wrestles with challenge of deterring pot-impaired driving”. In a nutshell, the story explains how the federal government is now facing the challenge of how to detect and charge people who have been smoking marijuana as they move to legalize it. Here’s an idea, look for the people who are diving very very slow. But seriously, the article says, “There is no marijuana equivalent to a modern breath-analysis machine, and it could be years, if ever, before one reaches the market.” There is a study presently being done at the CAMH (Center for Addiction and Mental Health) in Toronto in which some participants have said, “‘I’m aware of the effects, I can compensate for them, so I’m just as good or even maybe a safer driver’ after smoking pot.” Other participants have said “Dave’s not here man!” (If you are under 40 that probably went right over your head, but trust me it is hilarious, it’s an old Cheech and Chong bit. Look it up)

The STM is selling off the old MR-63 metro cars! Whaaaaat! Can you imagine, I can think of nothing cooler than getting one of these in the back yard (except maybe a pony). At a price tag of approx. $1000 bucks they are a steal (ok, maybe a rollercoaster).

Statistics Canada says our population has topped 36 million this year for the first time. Maybe that is nothing compared to China’s population of 1.3 billion, but hey it’s nothing to sneeze at.

Last week the Couillard Liberals presented their third budget to the province of Quebec. How was it? A bit underwhelming but overall pretty good. The Belle Province is back in black, how can you complain about that? This is finance minister Carlos Leitao’s second balanced budget out of the three he has tabled, and in the immortal words of Meatloaf “two out of three ain’t bad.”

Last Wednesday night Montreal police responded to a call in Lachine concerning a woman walking along the train tracks near the Highway 20. Apparently while cruising the area looking for the woman the squad car got stuck on the tracks, just on time for the 9:15 AMT train going to Vaudreuil. The good news, there were no injuries. The bad news, the patrol car didn’t survive. There’s no need for me to even make fun of this, is there? It does it all by itself.

1 Comment on Fear and Loathing South of the 40 : Back in Black