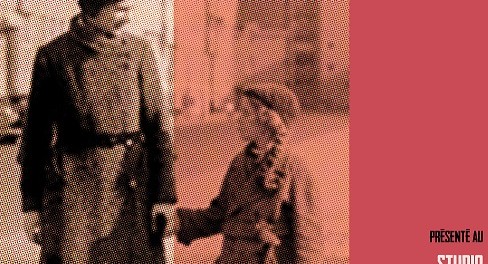 Réverbère Théâtre presents Guérillas: Humour et compassion, a play written and directed by Anna Furstenberg. Displacement and war constitute real experiences, where one human being is the cause of another’s suffering. While wars have been a constant across human history, the 20th century stands out as one of the most brutal times. In particular, the Second World War still evokes emotions, visual representations in popular culture like no other tragedy. With references to WWII as her canvas, Furstenberg gives us ‘Guerillas: Humor et compassion’ an adaption from the English version of the play (originally titled: The Guerilla Caregiver).

The story is about Anna (played by Odette Guimond) and her relationship with her maman (Élisabeth Chouvalidzé) that transcends decades. After escaping persecution by the Nazis, running to save her life across Eastern Europe into the Soviet Union and then being driven as far as Kyrgyzstan, Maman’s story has resonance of how displacement and human flight brings untold suffering and loss. On the other side Anna, in her present life is continuously trying to come to terms with this complex relationship she has with her mother. And while distance and the span of time are immeasurable, Anna and her mother’s multifarious connection endures.

With a quieter sensibility of its mise-en-scene, the play uses suitcases scattered around the stage representing the movement of humanity, flight from one’s home, flight from one’s loved ones. The story moves in parallel between the journey Maman undertakes escaping the Nazis, and Anna, who today is all grown up living in Canada and now tending to an aging, ailing mother.

While the play moves fluidly between decades, I found that it lacked a core, a relatable center to draw me in. Also, though young Anna’s character (and other minor characters played brilliantly by Mariève Bibeau) is used to give the story more texture and layers, the characters can’t escape the monotonic narrative of the play. I waited for the characters to scratch the surface and dig deep into their emotional cesspools of chaos, tragedy, longing for the time and people lost, but that never came. Anna’s character does show sporadic highs, as she navigates her complicated relationship with a now aging mother and her own personal trajectory that was far from being a conformist. She ended up pursuing the arts and didn’t do much else with her life, in her mother’s words.

The use of music is interesting and comes at appropriate cues, with a greatly enjoyable clarinet played by Chester James Howard and break out song routines in delectable German and Yiddish.

Guérillas is competent for its timescale and tying together the life stories of these two characters: the mother-daughter bond that binds itself in knots and then tirelessly tries to find reconciliation.

2 Comments on Guérillas: Displacement and a Mother-Daughter Story