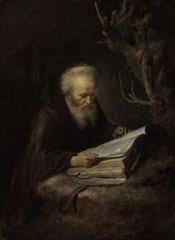 It is mid-January 2019, a week after New Year, and I am on my way home from the downtown by way of public transport, walking among the masses who have just knocked off from work.  Everyone looks miserable, hating their lives, jobs, and possibly even their partners.  The holidays are over, and what remains are the bills and the memory of too-short holidays lived in enjoyment and celebration.  We jostle in the Metro vying for entrance, exchanging murderous glances.  Commuters disembark and step on our toes as we in turn to alight and fight for a few centimeters of space in a car that is packed (and that smells) like a can of week-old sardines.  And then something close to miraculous happens:  a young Oriental girl smiles up at me and offers her seat.  I automatically look around, but she means me, and I note that I am the oldest person in the car, though I hardly think of myself as that.  I smile at her and politely decline the offer and start to thank her, but she has already gotten up and gazes at me deferentially just as a young punk with pants riding so low that his butt crack is showing slams into the vacated seat while baring his teeth at me with a “Fuck you, you old fuck” gesture. Later, as I exit the underground and get on a bus, I am once again offered a seat, this time by a pretty young woman who is holding a shopping bag full of groceries.  I thank her also, decline the kind offer, and suddenly feel the weight of my years

Why does old age alternately amuse and repulse us?  Surely, much of this is due to the media with its emphasis on youth, beauty, and virility above all else.  Anti-ageing and anti-wrinkle creams haunt women during their waking hours, while men use Touch of Gray in their beards and hair to appear distinguished yet youthful, and Viagra and Cialis to lend fake virility and to extend their conceits.

You can keep them guessing with Oil of Oy Vey, but Father Time will still get you in the end.

Not only the media, but also literature is the culprit to some extent, mostly by omission.  Quick:  name ten great works that comment on, much less celebrate, the elderly!  Begin with King Lear, or course.  If you thought of at least two poems by W.B. Yeats (“Among School Children” and “When You are Old,”) you score big.  Also, Robert Creeley’s wonderfully ironic “Self-Portrait” and Charles Bukowski’s bittersweet story, “A Dollar and Twenty Cents” counts.  In cinema, Bergman’s heart-wrenching “Wild Strawberries” leads the pack, followed by “Amour,” the French film that won Best Foreign Language Oscar less than a decade ago.  Dylan Thomas’ poetry counts for only half a point (due to its trite Romantic sentimentality), while Matsuo Basho’s death haiku counts for double.  Naming Allen Ginsberg’s final collection of verse, Death and Fame, makes you an automatic winner.

As a former teacher of literature, I attempted to teach Nabokov’s Lolita to confused students.  I soon realized that it was not the premise of pedophilia that disturbed them so much as the thought of someone “old” being with someone so much younger than they were.  Pity poor Humbert, not for loving profoundly and tragically, but for daring to love youth.  He is possibly a grim reminder that their parents might be sexual beings, echoing the same revulsion that Shakespeare’s audience may have felt about middle-aged Gloucester saying there was “great sport” at his bastard son’s making.

For better or for worse, I come from a noble line of Hungarian misogynists — men who were horrible chauvinists and who grew fat and old, yet saw themselves as appealing and attractive, upholding a double standard that shook its fist at the ravages of Time.  Once, while sharing a tent with my uncle, a 300-pound behemoth, glutton, and fart machine, he told me in graphic detail about his sexploits with prostitutes of all ages, his thirteen ejaculations in one night, all while his wife discreetly shared a tent with my then fiancé overhearing everything.  My father, a dapper yet rotund man then in his 70s told me of fondling his cleaning lady (he had, after all, been introduced to sex by his own father who hired help with the understanding that their service included all four sons once they reached the age of sixteen respectively).  When he first met my wife, a beautiful woman who had at that time just turned 30, my father ironically saw her as “too old” to letch.

There was my other Hungarian uncle by marriage, he of the bulging sheep’s eyes and red boozer’s nose.  At 75, he decided to turn essayist and wrote pieces in Magyar that I translated for him into English, tops among them being his “The Kiss on the Hand,” an ode to chivalry that he incarnated into action by passing out printed pamphlets of the same to ladies in Loblaw’s parking lots, followed by kissing their hand with great flourish in lecherous supplication.

Finally, there was my brother, seventeen years my elder, going up to the most beautiful woman at a party we were both attending and saying to her:

“I don’t like your legs.”  “Why not?” she protested, looking genuinely startled.  “Because,” he slurred, “they are not wrapped around my neck.”  I immediately flinched, knowing that had I made such a bold assertion at the then tender age of 25, I would have been slapped silly (deservedly), while she only smiled at him coyly and engaged him in flirtatious banter.

If there is anything to be learned from all of this, it is that one day we will all look in the mirror and confront the wrinkles, scales, and blotches that remind us of our mortality.  That first gray hair we so fear will soon turn into 50 Shades of Gray locked into our laps and nether parts.

In the meantime, we can still build on our fantasies and remember, as a former girlfriend said to me when we met after over thirty years: “Do you recall when we were so young and alive that all we wanted to do was to fall into bed and ravage each other?”

Yet sometimes, as the writer Carol Shields once wrote, these magical moments still do occur as Various Miracles (the title of her excellent collection of stories), precious in their passing.  So, accept with a measure of grace the passage of your years, but also remember the sobering words of Rock Legend, Jim Morrison:  “No one get out of here alive.”

1 Comment on Montreal Now: Going Gently into That Good Night