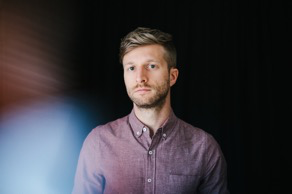 April 14th was a big day for Canadian folk artist Zaac Pick. The Whitewater singer released his debut solo album Constellations. While still remaining true to his initial folk sound, he added a little touch of pop, and the final result is nothing less than perfect. Something about Pick’s music genre, gives an Ed Sheeran vibe, who is known for his meaningful and mystical song lyrics.

There’s a very unique elegance and maturity that this album exudes. Pick seems to have a very philosophical and interesting approach to life and it’s reflected in these lyrics. “When the mirror is broken the truth is bent,” he sings in Slow Kind Light, the song he qualifies as the most important one on the record. He explains it’s a song about seeing the good in people no matter what their faults are. A good lesson everyone can learn from! Using interesting metaphors, the young artist expresses his love, hope and regret; it’s sort of a sneak peek of his life.
Zaac Pick actually explains that the album’s theme is how time and space affect people’s relationships. Why do some people get closer in time and others drift apart? Constellations is a metaphor of the people who make up our lives, to quote Pick himself. Again, it’s such a unique and interesting theme. Pick doesn’t fail at being original, and that’s a fact.

The album overall feels like a personal diary. There’s something so intimate about the nine songs, and it definitely feels not only through the lyrics but also the mellow music. Zaac Pick is a true artist.

The singer doesn’t fail to connect with this audience and passes on his love for music through his songs. For a first album, let’s be honest, it’s a success. No doubt about it. Keep in mind that to celebrate the album’s release, our fellow musician is touring in a few Canadian cities. Let’s hope his tour lives up to the high standards this debut album has set.