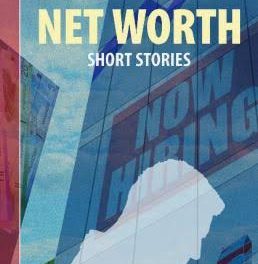 The recent book fair held on November 24-25, sponsored by the QWF (Quebec Writers’ Federation), took place in the Atrium of Concordia University’s McConnell Building.  In attendance were all of Montreal’s major English language publishers, affirming that Montreal’s Anglo literary scene is still alive, well, and kicking.  In addition to a fiction and poetry presentation moderated by Montreal writers Kenneth Radu and Harold Hoefle, among others, publishers were there to display and sell their wares.

As I managed to attend on both days, it was an opportunity to purchase new books, meet established and emerging writers, and to rekindle and form new friendships.  The highlight of my weekend was meeting up with Keith Henderson, managing editor of DC Books, an old friend from our days together as teachers at Vanier College, and meeting and getting to know Kenneth Radu, who is fiction editor for that press. I managed to score signed copies of both of their collection of stories:  Henderson’s The Pagan Nuptials of Julia and Radu’s latest, Net Worth. My week’s reading was now complete. Operating within a word limit, I can only do justice to what will surely amount to an incomplete review of one of them, so I have chosen to take on Radu’s collection first.  On Henderson’s work, more to follow.

At the front and centre of Radu’s Net Worth is money:  how we deal with it, covet it, miss it when we don’t have enough, and how it consumes so much of our lives.  Who would think this is the stuff of literature, but through Radu’s deft prose, it becomes a symbol of our most profound emotions ranging from joy to despair. The first story in the collection, “Lottery,” chronicles a day in the life of a woman in her early middle age, Annie, who has discovered that she has won the lotto jackpot of $42 million. Her initial surprise and happiness quickly dissipate, alternating between perplexity (how to spend the money), obligation (how to fairly dispose of it and how to manage it) and paranoia (how to secure her own safety now that she is so wealthy).  The story creates a genuine sense of discomfort as Radu catalogues every possible scenario one could imagine about instant wealth.  But the story doesn’t end there.  Instead, Radu takes a gigantic literary leap and transforms the tale into an allegory about personal happiness.  After meditation on her “good fortune,” Annie reflects on her life and what makes her happy, coming to the inevitable conclusion that money won’t.  Thus, she decides to dispose of the ticket, but in a way that is hilarious, shocking (so much so that the reader cringes, wondering how anyone could do this), yet redemptive.  Radu’s ending is wonderfully original.

“Trust Fund” tells of a woman who discovers her husband’s secreted fortune in the basement after his death and how she arrives at a wrenching epiphany about their marriage and life as a couple.  Yet another, “Personal Injury,” presents the ironically parallel stories about a woman who has just lost her job and the beggar to whom she has given some money as she is late for work, the very cause of her dismissal.  “NetWorth,” the title story of this collection examines the tragic life of a single father who is desperately seeking work in recession times to support his child, yet whose self-worth is tested by the inhumanity of our capitalist system.  “Residential Requirements” is the story of a factotum, Darryl, who works in a nursing home and exploits the elderly for their money, including providing quasi-sexual favors.  This is the “edgiest” story in the collection, cringe-worthy in its dissection of the protagonist’s deceit, ye tRadu manages to make him a compelling character despite Darryl’s low actions.

The best and most “literary” story  in this fine collection is the last one, “Keats Walk,” a tale of an older man who has lost his wife and who is on a journey toward death as he travels to England and traverses “Jane Austen country,” walking along the same paths that the Romantic poet John Keats would stroll while conceiving his ballads, sonnets, and odes—  Keats who died in his 26th year  and who wrote some of the most profound odes to mortality and love ever penned.  In this complex and multi-layered story, Radu’s literary voice is transcendent as the story is simultaneously jarring in its directness, frank in its relentless examination of ageing and loneliness, all the while presenting the heart-wrenching pathos of ageing, all of this skillfully crafted without slipping into sentimentality.  Radu is able to convey great emotion in the muted thoughts of the protagonist as he reflects on his wife’s death (her) “still warm body clad in purple silk pajamas” almost absently remembering that “she had never liked flannel”.  Brilliant.  At the end of the story, after taking stock of his own life and preparing for his death, the “voice” changes into a poetic rendering as the story becomes a true “ode” to the tragedy of living, of love, and of loss.  This story belongs in any anthology of great Canadian writing.

Kenneth Radu told me recently that the goal of any writer is to create a connection with his reader, a connection of the mind and heart. As someone who has labored throughout his career at the “sullen art” of writing, he knows the loneliness of the human soul and dissects this in his prose with humor, irony, and bitterness, but, above all, with warmth and compassion.

He tells us that there is truly no price one can place on the soul and that our true “net worth” is so much more than a bank balance. For this timely reminder, we the readers should be grateful.  For any lover of good writing, Radu’s book is a must-read.

Net Worth:  Short Stories by Kenneth Radu is available from DC Books/ $21.95.